What to Do With All This Spent Grain? 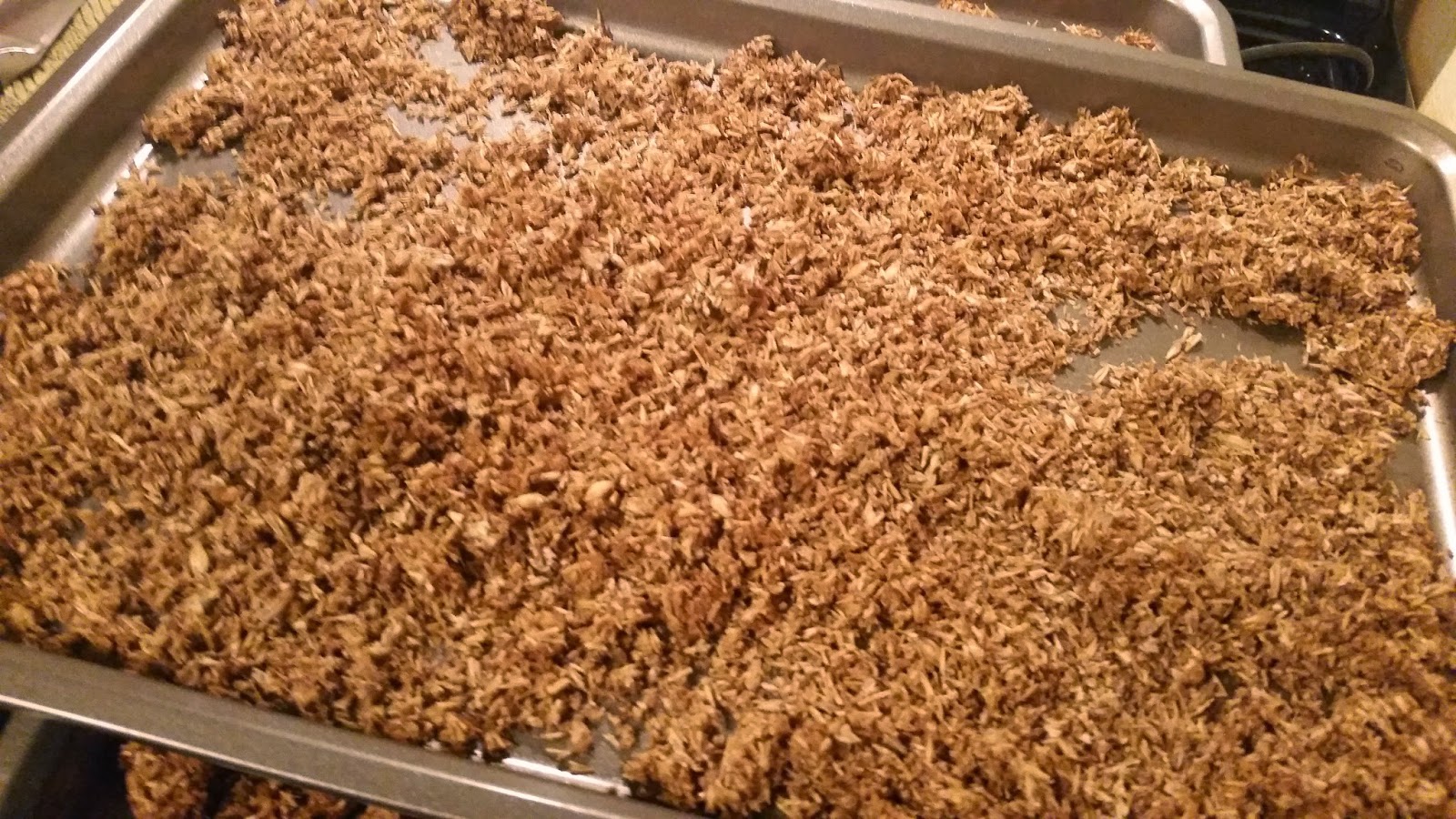 I'm experimenting with my own homebrew.  That's one of the goals I set for my 2015...make good beer.  Only started brewing a couple of days ago. No explosions...no insane amount of stank from hops...so far so good.  I've got at least a month before I can enjoy the fruits of my labor, Brooklyn Brew Shop's Everyday IPA. But in the meantime, I'm left with all this used grain=spent grain.  When making beer, you heat some grain blend (barley, wheat) in water.  Once you sift out the grain, you're left with a sugary brown liquid called wort and a whole lot of wet grain.

I don't like waste, specifically food waste, so I was determined to transform it into something.  Union Craft, in Baltimore, works with local farmers who pick up the used grain, so it can be added to their animal's feed.  I won't generate enough to justify a trip, so of course, I'm thinking of repurposing.  The wet grain wasn't too bad on its own, but I wanted to do something a little less boring than eat wet grain for 2 weeks.  Luckily, Brooklyn Brew Shop had a great tip for making spent grain flour.  Everything is going to plan so far.  I put my grain on a baking sheet...well, 2 baking sheets...now, I'm letting them dry out in a 200 degree oven.  It's been about 6 hours.  Once I let it cool, I'll probably only ground down 1 sheet of the dried grain into flour in a food processor.  I think it'll be fun to play around with 2 different textures.

The dried grain smells delicious already.  I think I might me a little too hype about crisped up grain!  Good thing though. If making beer continues to be this fun, I'm going to have a lot of spent grain.