So Much Leftover Cornbread...What to Do? 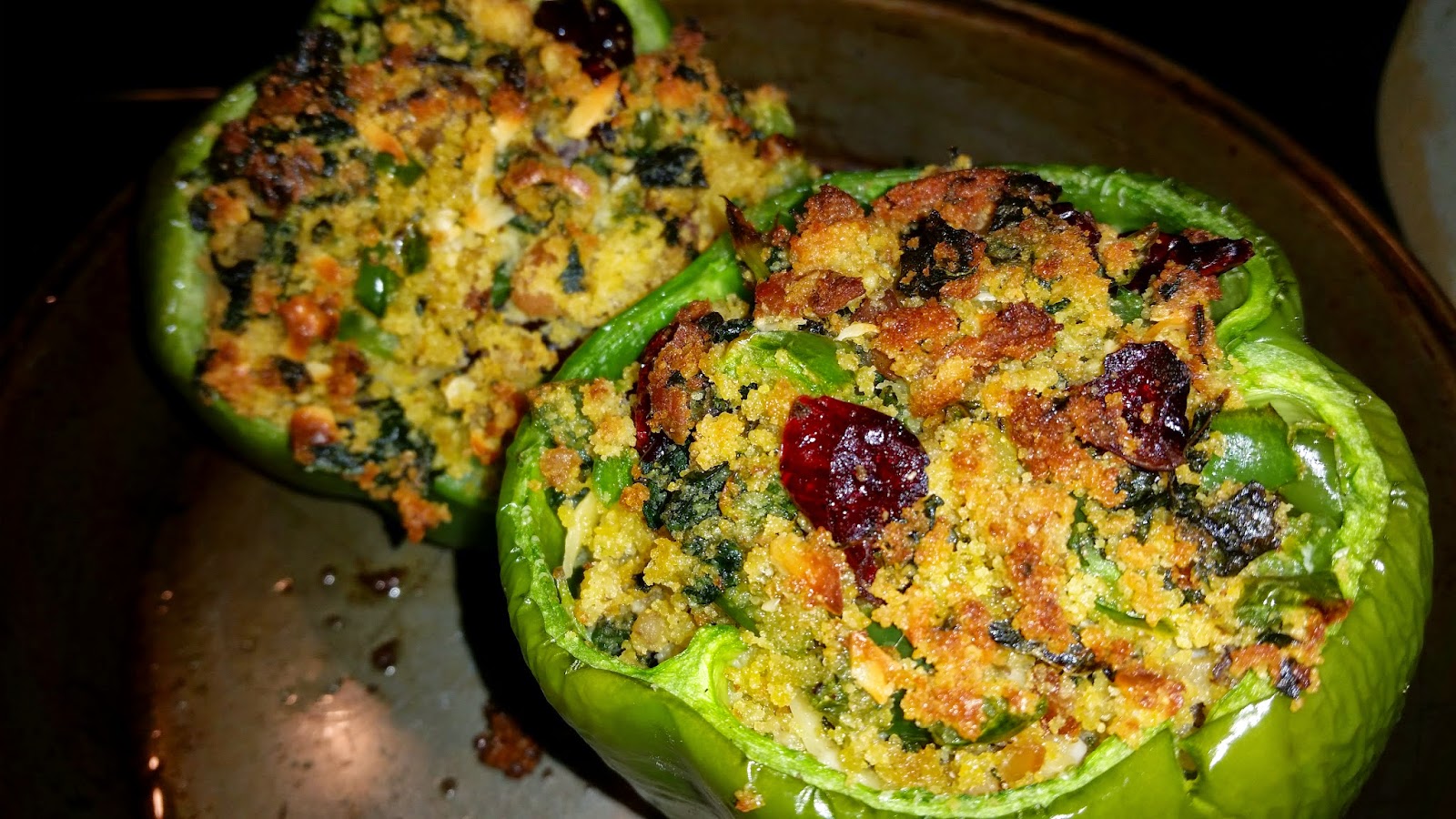 Stuffed Peppers
One thing about in-house recipe development...you end up with a lot of leftovers.  I ate so many Hoppin' John Cornbread Muffins the other day.  I decided that in an effort to not waste food, I'd better think of a way to repurpose them.  Stuffing seemed obvious.  I wasn't in the mood for a traditional holiday dressing.  Rather, I did a spin on an Italian classic and stuffed green peppers with some revved up cornbread.  How'd you do that, Ashley?  Oh, I'm glad you asked.  I crumbled up some muffins in a bowl just with a fork.  I'm sure I could have thrown the cornbread in a food processor, but the fork seemed simple enough.   I added cranberries, shredded smoked Gouda cheese and extra virgin olive oil.  I didn't add a lot of oil.  Just enough to moisten it up a bit.  About a tablespoon per jumbo muffin.  Once I removed the tops and seeds of the peppers, I seasoned them up with olive oil salt and pepper.  In hindsight, I would have charred the peppers on the stove to soften them up and get some additional depth of flavor.  I hand-packed the stuffing in the peppers.  I did not hold back.  You shouldn't either!  I let them cook in a preheated 350°F oven just until the stuffing heated through...about 20 minutes. 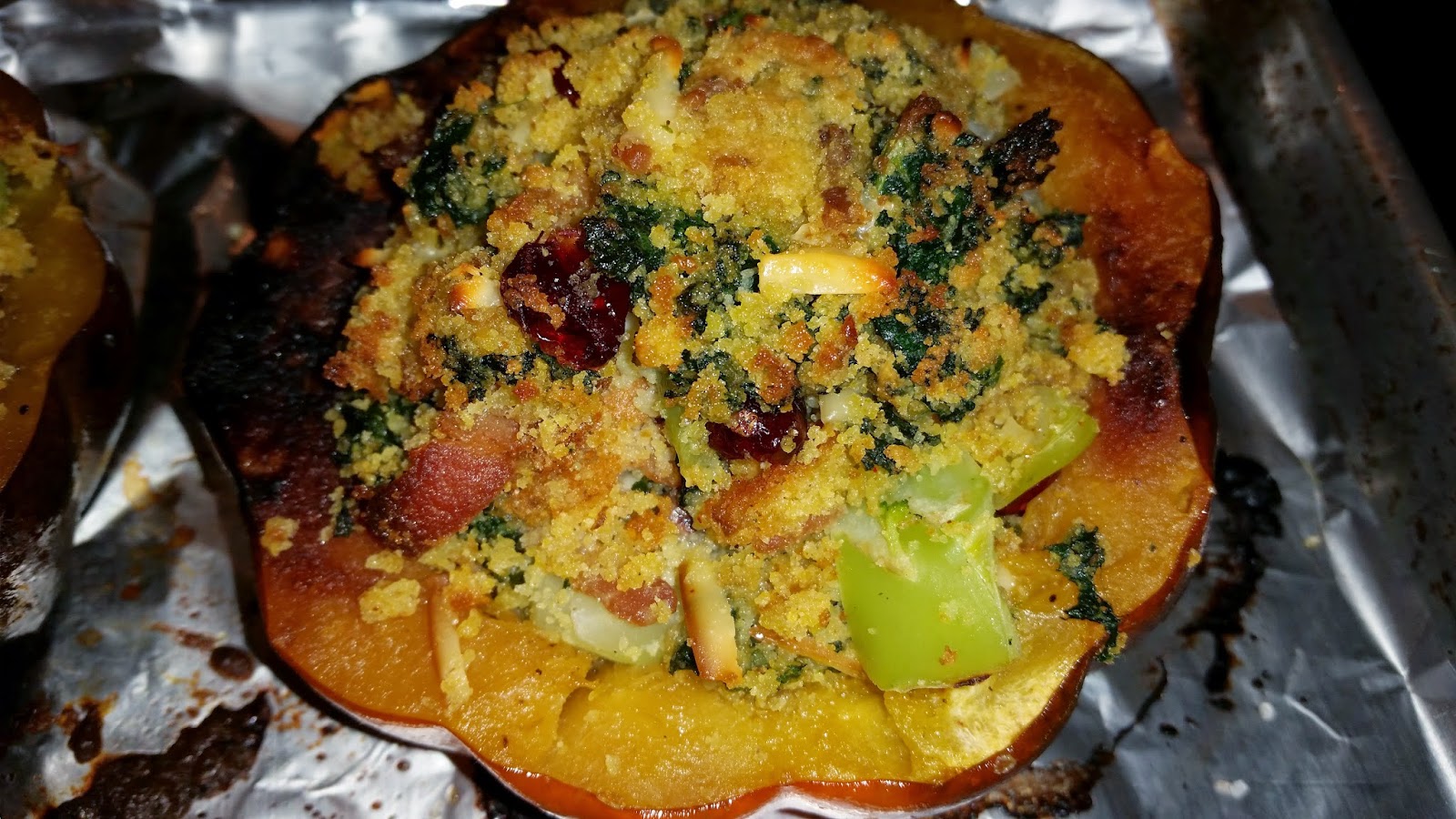 
I applied the same technique to acorn squash.  I cut a squash in half widthwise for 2 servings.  I hallowed out the halves with a spoon.  The squash was hit with olive oil, salt, and pepper.  I used my hands to rub the seasoning all over the squash, inside and out.  I allowed the squash to roast in the oven by placing the cut side down on a pan.  I lined my pan with foil, because I'm lazy and cleaning out the pan wasn't something I was feeling at the time.  They roasted in a 350°F oven until the interior was soft and turned golden around the edges...about 30 minutes.  The cooked squash was again hand packed with the stuffing mixture.  I added some leftover broccoli this time.  One of my New Year's Resolutions: waste less food.  Once the stuffing heated through, I was ready to enjoy. 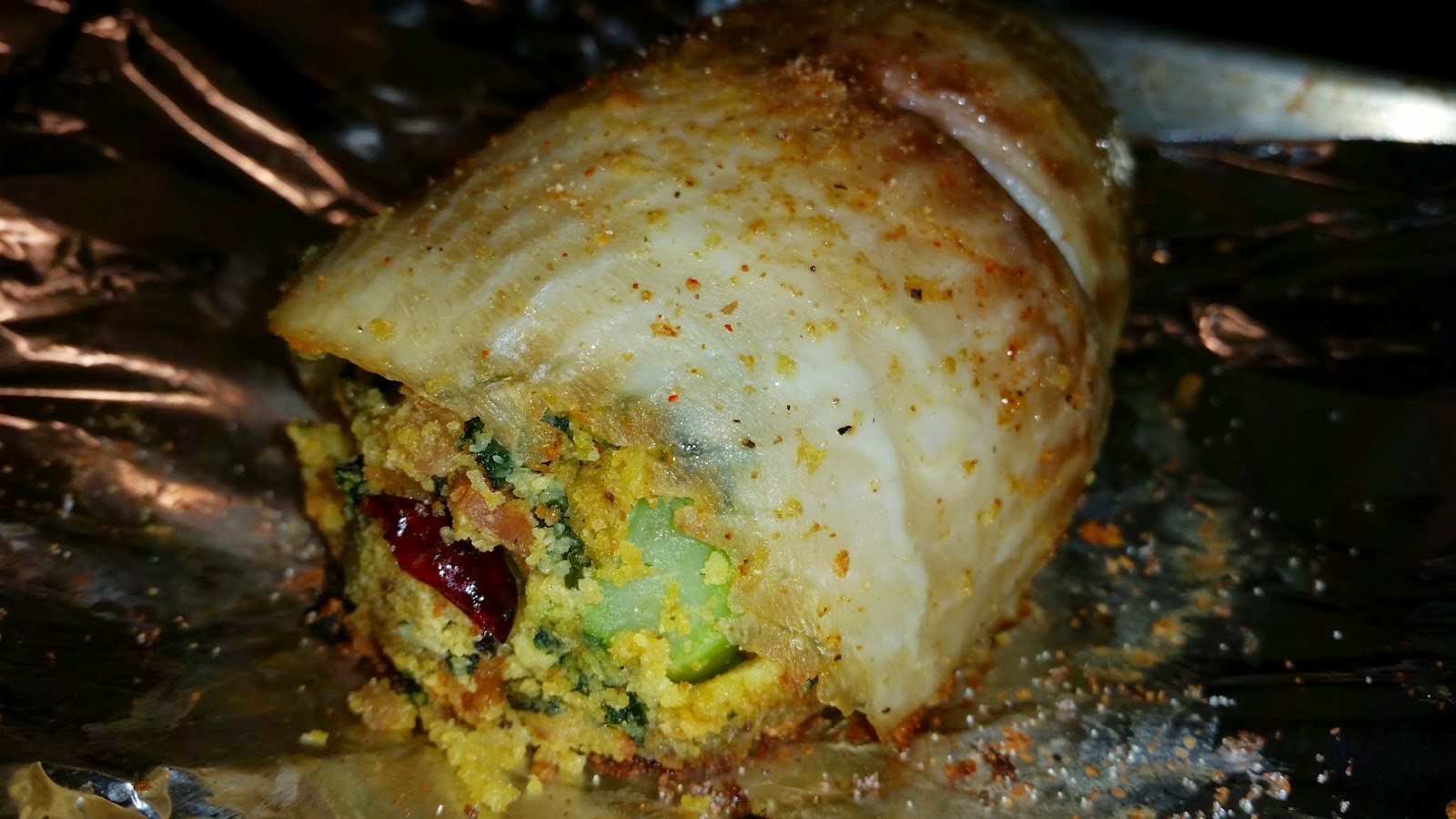 Fish with Cornbread Stuffing
The fish was another good and quick way to use up the muffins.  I loaded the center of a seasoned fish fillet with the stuffing and simply had rolled the fish around it.  I gave the fish a quick drizzle with some oil and baked it at 325°F until the fish firmed up and cooked through.  Should take 12-15 minutes depending on the thickness of the fish.


So, to wrap up, there are tons of things that you can do to repurpose leftovers.  Get creative in the new year and leave nothing to waste!