So, I tackled this recipe in my Traditional European Cuisine lab...we call it TEC.  It's not too difficult.  It just takes some time.  The ham hock gives the dish some great flavor.  Give it a try, and let me know what you think!
Here's what you'll need:


I ended up having to do a quick soak of the beans which involved bringing about 2 quarts of water to a boil with the beans.  Once a boil was achieved, I covered the pot and allowed the water and beans to sit for an hour. Ideally, the beans would have soaked overnight to ensure they were ready to go, but you just have to work with what you've got sometimes! 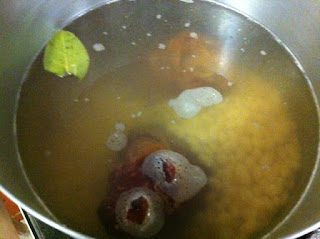 Discard the soaking liquid when done...just trust me.  Add 2 quarts of cold water to the beans with a smoked ham hock and bay leaf.  Allow the water to come to a boil.  Reduce the heat and simmer for about thirty minutes. 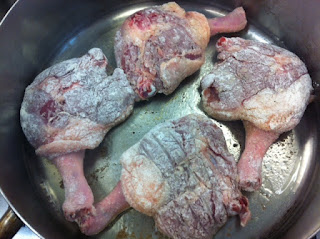 In the meantime, season the duck with salt and pepper before dredging in flour.  Dredging allowed me to get a good initial sear on the duck.

Hold the duck in a warm spot.  If you don't have the luxury of a steam table, a 200 degree oven will do.  In the same pan used to sear the duck, add the onions and carrots to the pot. Give them a good stir for a couple of minutes being sure to release some of the brown bits, or fond, from the pan. 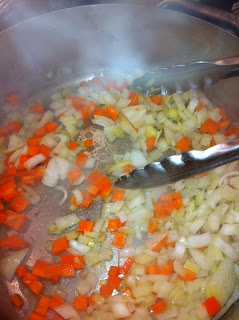 Next, add the garlic, cloves, and bay leaf.  Give it a quick stir just to release some flavor ensuring that the garlic does not burn.  Deglaze the pan with white wine.
Place your duck back in the pot with the softened beans and ham hock.  Add enough of the broth from the beans and ham hock to just cover the duck. 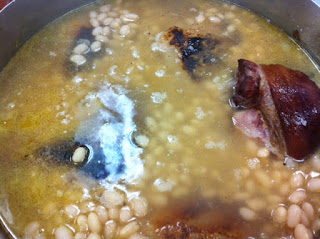 Cover the broth with a cartouche of parchment.  A cartouche is not hard to make.  You can trace out the pan on a piece of parchment paper and simply cut it out.  Another option involves taking a piece of parchment paper that you know is larger than your pot, folding it in half, and continuing to fold it so that the corners meet, leaving a point in the center...think of the spokes of a bike wheel!  Cut off any excess, so it lays over the broth.  You may be tempted to skip this step, but it helps to reduce evaporation of the broth, keep all ingredients submerged, and prevent undesireable skin from forming on the top of the broth. 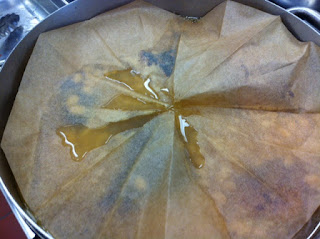 Next, cover the pot with a lid. If you don't have a lid for your pot, like me, foil will do. 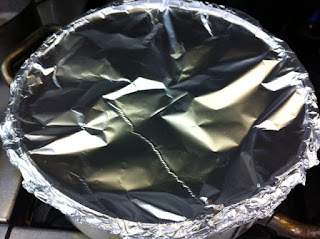 Finish cooking the beans and duck in the oven until the beans have cooked through and the duck is fork tender. 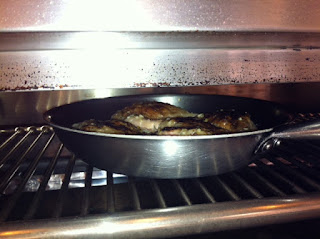 Once the appropriate doneness is achieved, adjust the seasoning of the dish with salt and pepper.  Try to fetch out the bay leaf if you can.  They often end up on the side of the pot.  Now, remove the duck from the broth.  Place it in a pan and broil to crisp up the skin.  Watch it closely, so the skin doesn't burn. 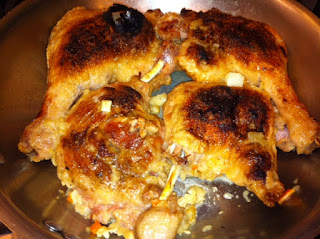 Stir in the vinegar just before the dish is to be served.  You can remove the duck from the bones and place it on a platter with the beans for a family-style service or cut portions of the quarters into legs and thighs to serve on individual plates.  Try to savage some of the meat from the ham hock.  It's okay if there isn't enough to plate.  It makes a great snack!  I hope you enjoy this as much as I did.  Add some sauteed greens for a great meal! 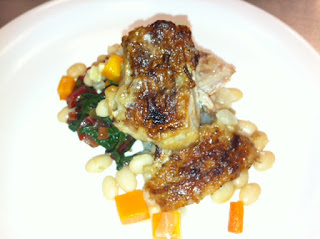 Thanks to Chef Batten for all of your guidance!